OldWing SEI said:
I also had a problem with the hydraulic tappets. After overhauling the cylinder head, I mounted the camshaft and the hydro tappets. I measured them with the gauge and provided them with the necessary shim. (I have 6 cylinder heads and all have only one shim per valve.) I bled the hydro tappets with kerosene After screwing in the screw plug, some valves stood a little open. It had not compressed the hydro tappet, but over the rocker arm, the valve opened. Then I loosened the screw plug again and the valves were closed. Then I turned the screw plug in very slowly and stopped again and again when the resistance was felt. Now the hydraulic tappet had time to get rid of the excess petroleum. Now the valves were tight again and the compression on all cylinders was 14bar(200psi). The pressure of your engine is with 160psi very low and at the lower limit. Does the engine already have a high mileage, or is your pressure gauge defective?
Click to expand...

Had sort of the reverse happen. Hydro lifters were empty but pumped up after cranking it over with the starter for a minute or so. Compression came up to 180ish.
OP
OP

New lifters and engine overhaul - complete last fall. New rings, cylinders honed and checked by machine shop. Heads were reconditioned in Jan 2018. Bled the lifters in oil, did not try kerosene or equivalent.

Have been using the same cylinder pressure gauge for the past 5 years. Will be doing a cylinder pressure test this afternoon. I will take your advice and bleed the lifters again starting with #2 cylinder, then #4 and move to the right side. Easier than taking the head off at this time.

Work for today - shim requirement investigation. have posted some of this information in a previous post.

According to the OEM manual:

Will do a second check of the ones needing change tomorrow. Expect no change for #2.

Pulled the plugs to rotate the engine, and there was some colour on numbers 2/3/4 plugs. Number one is white.

Thought about the kerosene versus oil bleed. Thinking the oil bleed is to remove the kerosene so it doesn't get in the oil. Not a lot of kerosene involved, should make little difference.

You take the petroleum, because it is thinner. This makes it easier to bleed the hydraulic tappet and easier to screw it in during assembly. The kerosene escapes more easily and the hydraulic tappet goes into its working length more easily. It does not remain in its relaxed length, but in the somewhat compressed working length. During operation, the kerosene is then slowly replaced by the engine oil.
OP
OP

Bled the lifters with kerosene, installed with the shim stack(s) required. Tightened the lifter caps until seated by hand, then torqued to spec.

Idles nicely. Looking for that one percentage point is a lot of work.

Started well, did a vacuum test to check the cylinder bank balance was still good.. This engine is not going to give me more than 8-9 in of Hg at idle.

Compression test as well. 160 PSI averaged over the four cylinders - this engine is not going to give me more. Plugs have colour now, not the whitish appearance before this.

Using a new aftermarket set of coils for this testing period. Will go back to the OEM installed coils tomorrow. Once I am satisfied with the OEM coils, or the need to change, will be doing a road test.
OP
OP 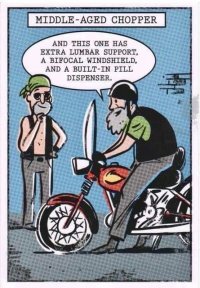 Have been checking, testing, and cannot get consistent results. I have been through the quick reference chart to determine if I missed anything, and I have not. The issue seems to centre around #2 cylinder, sometimes it fires sometimes it does not, can tell by the plug colour.

Will check the spark igniters today as well as the injector resistor pack, have done this before but never know; however, if a spark igniter was bad both sides would not fire.

Attached is the quick reference chart for info:

Checked the spark igniters, voltage on all wires - pass.

Checked the fuel pump volume, in excess of 32 oz per minute. Fuel system checks out.

Checked the resistance of the spark unit resistor. Resistance is to be 2.9-3.2 ohms. Resistance came in at 3.5 ohms. Supposed to replace. I know quite a bit about electricity, but a little shy on this aspect.

The coils are in place and I have connected the coils to a 12 VDC switched source. Using the wiring harness there was 10 VDC getting to the coils.

Really don't know where to go from here. Will look at all the readings taken and determine if there is something I missed, and will try to correlate this information with the schematics.

You know so much more about this system than I could ever hope to know. Sorry I can't be of much help.

Thanks, but it has got me stumped. Will swap out the spark units, have a spare set from the 1200 carcass, don't think these are an issue because no correlation between #2 and #4 firing - different spark units.

Had this happen on my 2004 Jeep Liberty. The dash would fail on occasion. Took to the dealer, dealer could not find the issue, changed the black box, went through the wiring, did every recall known to them, called Detroit, and still never found the issue. Traded it in for a new Jeep at the same dealership, at least it knew what it was getting.

Will try making a new spark unit resistor. Nice little project. Only item that ties #2 and #4 together, other than the ECU. Interesting that the resistors have the same reading for all four injectors.

I have a defective ECU that pidjones sent me a while back. I'm going to connect it to the system and see what it does. Creating an issue can sometimes give an indication of what is happening.
OP
OP

Need some advice - resistor pack. The spark unit resistor pack is a 12 VDC (?) input to two 3 ohm resistors then out to the injectors. Using the power formula, it has a power rating of 48 watts. My thoughts are that 3 ohm 50W resistors should work. Found these on Amazon: 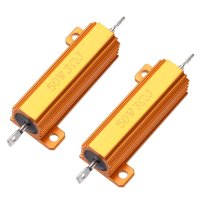 Should be able to mount these where the old resistor pack is, small protective cover, and use. I have circled the spark unit resistor on the CFI schematic. Seems straight forward to me. Mount these on small aluminum bars, aluminum dissipates heat quickly.

Out in the garage this morning. Swapped out the spark igniter for #1 and #2, no change - didn't expect it would.

Don't think the spark unit resistor pack will make any difference either.

Pulled the plug wires. #1 and #3 not attached will cause the engine to stall. #2 doesn't make a difference. #4 reduces the engine RPM very slightly. Pulled the injector wires off #2 and #4 injectors, same results, no change to very slight change.

Testing has been completed. Do not believe I have overlooked any component outside the engine proper. I do believe that #2 and #4 cylinders are firing and getting fuel, as are #1 and #3. Three ECUs and same symptom.

Going to change way ahead. Thinking this issue may be related to an internal issue, finish putting then1200 carcass engine back together, remove the existing engine from the frame, install the 1200 carcass engine and test it. Should be able to do a compression test of the engine prior to install, use a big drill to turn the engine.

Original engine will be taken apart and internal components checked.

Have other work I need to get at before the weather turns cold.
OP
OP

The only issue is the engine vacuum. According to my gauges the cylinder banks are balanced. Thinking that this may provide some indication regarding what I am seeing. The Supplement indicates that there can be up to 40 mm (1.6") Hg or less difference between the cylinder banks.

Will be trying this theory later today. Will use a heat gun on the exhaust at start to measure cylinder bank temp with no change in cylinder balance. Right side should be considerably hotter than the left. Then on with the balancing.
Last edited: Oct 2, 2022
D

" Numbers 1 and 3 cylinders are taking the load. Numbers 2 and 4 are along for the ride. "
From what you have described, I would presume the exact same thing.
OP
OP

The engine idles well. Let it rest for a few hours, engine temp gauge at 1 bar. Started engine and it did not drop into the low 900/high 800 RPM range. Promising.