Webster's":2teqj5ok said:
A domino effect or chain reaction is the cumulative effect produced when one event sets off a chain of similar events...
Click to expand...

So...here was the plan...
On the 1500, I needed to disconnect the speedo cable from the instrument panel so I could clean the cable housing, and get the housing and cable lubed up some. The skweeling noise has gotten worse, and more consistent, so now is the time. Getting the cable disconnected from the gauge was easy enough... after a couple of hours of cussin. Cleaned the housing out, poured a little MM oil down it, and blew it out with air. Then pushed some moly lube down thru it, and blew that out. Lubed the inner cable up, and spun it up into the housing from the bottom, spreading the lube all the way up the housing to the top. That's when the dominos started falling....I could NOT get the dang cable screwed back into the gauge cluster. Tried from the top, from underneath, left hand/right hand/standin on me head...not gunna happen. :rant: :builder:
I wound up having to remove:
seat
top compartment cover
mirrors
windershield
air vent louvers from the dash panel
dash panel
instrument cluster

So....."since yer there" took over, and I replaced all of the bulbs in the cluster, leaving off the silly green tinted rubber bulb covers....which makes the gauges much mo easier to SEE now. Plus, the O/D indicator bulb burnt out on me last week, so replacing it was on the menu from the start....but that can be done without removing the cluster...or anything else. Of course, while it was that far apart, might as well clean some of that stuff up. Put a small amount of lube up into the speedo gauge connector from the bottom so it would have some lubrication, too. Also might as well see if the Sony speakers I had in a box would fit(they dint). I was able to actually put some screws in the speakers that were there so now they will actually be held to the dash properly, instead of relying on GLUE to hold them in(PO did that...not me). "While I was there"....I installed some acoustic foam behind the speakers too, just because I could. I know I should prolly go ahead and change the air filter while I got it that far opened up, but I just know if I start that job, I won't get it put back together in time to ride Monday.... :blush:

In the end, a simple 30 minute job turned into an all day sucker, and I ain't even got it back together yet...I still got to put all that crap back together on the bike, and then hope I have time to clean the whole rig up. :doh:

(sure hope that fixes the dang speedo noise.....I was also intending on pulling the front wheel so I could lube up the speedo drive gear on the wheel, just in case it was making the noise. I lubed that set-up once before tho, so it should still be good, but who knows..... :whistling

Well, that was a wild ride of a post. At least you got all that stuff done, right? LOL

If your not done, the Dom-me-nos may still fall. Good luck!

Great Story! When I first joined our Navy as a Marine Technician (stoker), and posted to HMCS ANNAPOLIS, we were off for the winter in the Caribbean (back in '76). Two fellow stokers took it upon themselves to do a skit every day at 1700 for the supper hour. It was "The 5 Minute Job". It was a 5 minute talk/discussion over the ship's PA system. This 5 minute job lasted for the 3 month deployment and finished the day before we returned to home port.

Know exactly how you feel regarding the domino effect. My '85 still subscribes to this.

Well, I got it all back together finally, after a few more side-trips.... :blush:
Dint really get to clean it up very much, as it was extremely humid/raining today, but I did what I could. 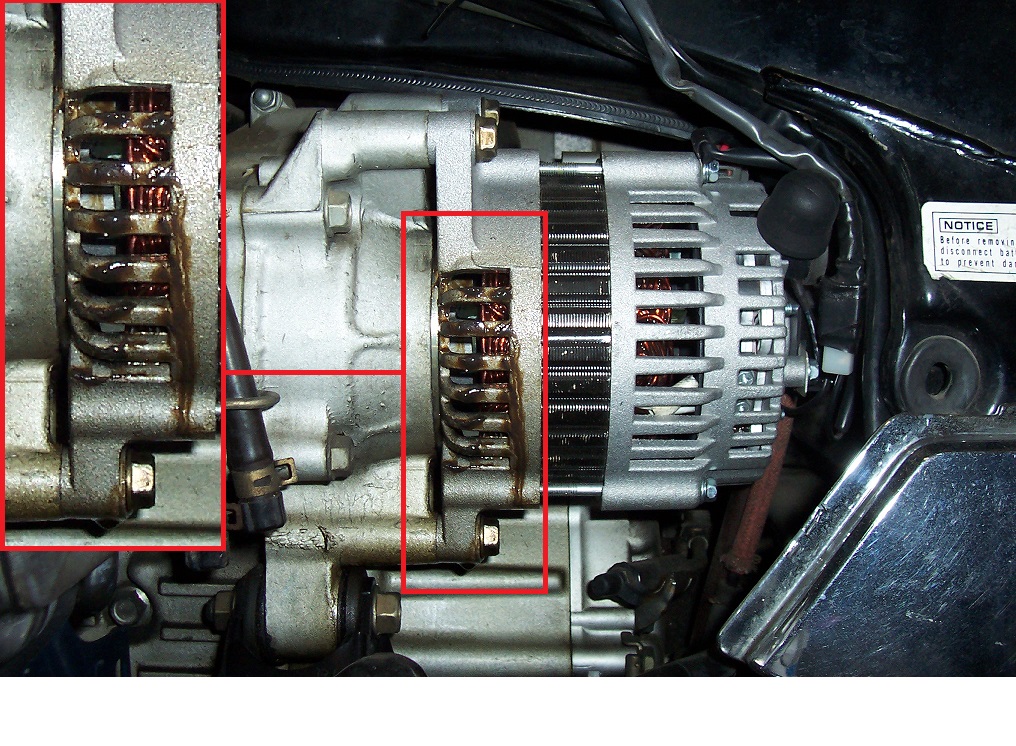 :rant: :Awe: :head bang:
Frazzlin alternator is leaking.. AGAIN....wft??? This is the second :builder: (or third) time this has happened, all with alternators I got from DB Electrics. Dang things WORK fine, but this crap of them leaking oil ain't making me feel very happy....

If it's not one thing, it's another! These bikes are our passion, but they sure like to throw us curveballs!
It's good you're getting so much done, though.

Sent from my SM-N910T using Tapatalk
Click to expand... 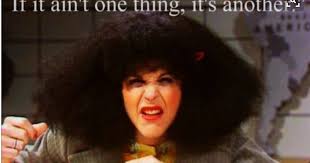 But did the squeak go away??

mcgovern61":25fhtzoo said:
But did the squeak go away??
Click to expand...

Why yes...yes it did...thanx for askin! :clapping:
At least it dint skweel on the ride to werk this mernin. Sure was nice to be able to actually see the gauges, too. :yes:

Nice knowing speed and other important information! LOL
At least now you won't worry every time you pass the police. LOL


I just sent an email to DB Electrical to see if the alternator was still under warranty...I fully expect them to tell me to get lost.... :fiddle:


Facebook Experts":32jnu7lx said:
J***** A*** "It looks more like grease than oil and it could be leaking out of the alternator bearings either because the manufacturer has over greased them and/or because they are over heating in that location."

G*** J*** "It can't be leaking oil cause there is no oil in an alternator It is a elecktronicks park And it would not work if it had oil when it that is probably Greece"
Click to expand...

I had a couple of oil leaks and look what that turned into! :wave:
OP
OP

:fiddle:
DB Electrical says go suck it......out of warranty.....and...they do not even have that unit in stock anymore, so I'm basically scwewd. Guess I'll hafta put my spare back on until I can get another new one somewhere....dammit..... :rant:

Joel, more than likely they have been using cheap front oil seals in the alternator. I know it’s a pain but you need to replace those seals with some good quality ones. If the brushes have been oiled up you maybe able to get away with degreasing them but they usually soften from the oil so if you want peace of mind you should change the brushes also.
OP
OP


Ansimp":2g65av4p said:
Joel, more than likely they have been using cheap front oil seals in the alternator. I know it’s a pain but you need to replace those seals with some good quality ones. If the brushes have been oiled up you maybe able to get away with degreasing them but they usually soften from the oil so if you want peace of mind you should change the brushes also.
Click to expand...

Otay...but where am I to get a new seal? I have no problem ripping into the alt to replace the seal....but I gotta be able to get one somewhere. :yes: Also, the first alt I bought from these same folks survived well past the warranty, and it never leaked oil...just worn the brushes out. That is the one I put new brushes in, and have it for a spare.
The brushes are on the other end of the alt...no oil getting back there. :good:
Share:
Facebook Twitter Reddit Pinterest Tumblr WhatsApp Email Share Link