Hello. Wanted to do a quick introduction. Yesterday I bought a new-to-me 1981 GL1100 Interstate. It came with some extra OEM parts (trunk, fairing, highway bars). I rather like the look of the naked Goldwing AKA standard, so this is the route I'm planning to take the bike. I want everything I do to be fully reversible.

A bit about me. I am a programmer by trade. In my spare time I enjoy restoring pinball machines and building/fabricating fun things with my CNC and or 3d printer. I have also been welding for about 4 years now and really enjoy that. I started riding when I was in high school. First bike was a 1979 Honda Hawk CB400T. Rode it about a year or maybe 2. What I remember most about that bike is that I was continually bad at turning off the petcock, and that bike was notoriously bad about running gasoline into the crank case.

Bike #2 was a 1986 Honda Shadow VT500C. That bike was a love affair. Everything about it made me happy. It was about 10 years old and I was living in student-type housing when I made the foolish mistake of riding it to the college town where I lived. One winter in the parking lot was all it took for that beauty that had been garaged its entire life to show its age. We had so much snow that year and the location of the motorcycle parking at my complex was such that it sat up to the tank in snow. Was never the same after that.

Bike #3 was a 1974 Honda CB750K in nearly original condition. I loved it, especially the conversations it started with riders who'd owned them in the past. However, I quickly grew tired of always smelling like exhaust.

Bike #4 was a whim of a purchase on a 2003 Honda Magna VF750C, which I owned alongside the CB750. I think I wanted to see what it was like to own a newer bike. The answer was it was not very comfortable for any length of time. It did smell better than my other ride, though.

My wife also had a 1998 Honda Rebel CMX250C during this timeframe, so the garage was pretty filled with bikes.

Then in 2004 I became a father, and my wife and I decided to get out of bikes completely. Besides the added responsibility of parenthood, this was about time most people were getting cell phones, I didn't feel as safe on the road as I had in the past. I don't think I regretted my decision at all.

Recently, though, my dad gave me his 2004 Honda Reflex NSS250SA scooter due to health issues. The scooter is admittedly fun, but if I'm going to own motorcycles once again I've decided follow up on a long-time curiosity of owning a 1980's Goldwing. I like the looks of the naked Goldwings, so that is what I am planning to do with this one.

That brings me to now. I look forward to meeting you all as I work through my list and make my new bike match my vision.

Welcome to The Forum and enjoy!

Great intro/bio. Welcome. You will not regret the Goldwing. 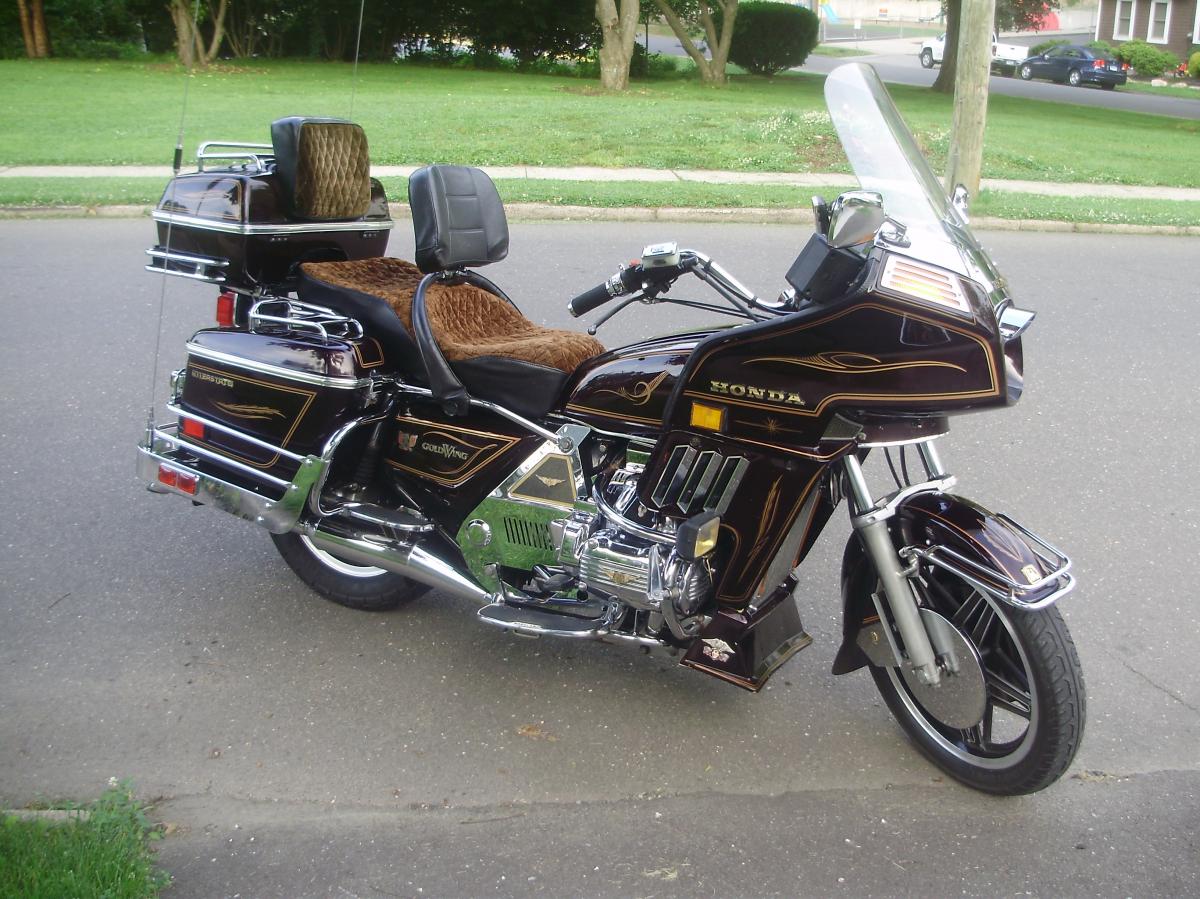 Welcome to the site from New Jersey! :clapping:

Check on your steering stem if there is an "I" after the model number. I think your bike may have started out as an Interstate model (noted by the pinstripping on the tank following the fairing lines and change turn signals on the rear).

I only mention it because the Interstate and Standard had slightly different wiring in the front because of the faring and accessories. Converting to a full standard will not be hard. The tail light assemblies show up on Ebay often. However, the rear grab bar for the seat for a Standard is a bit harder to come by.

If you take the faring off, you will need the full headlight and turn signal assembly. This assembly was also found on other Honda's of the same vintage.

Welcome from Buffalo, good lookin' bike to start with, you'll have fun with that.
8

From another in the frozen tundra of Minnesota, welcome to the forum. Lots of very knowledgable people here, who are happy to share there talents.
E

Welcome to the group.