So I guess I'm an Amazonian now...

well, that's what they call us(employees). For those that know, I left Nursing two years ago after a career ending back injury, luckily I got the the best back surgeon in Vegas who never works on Saturday on the Saturday I need my L4/L5 fusion after crushing the disc completely. I know this because my daughter assists every back surgeon in Vegas IN the OR. I then joined the Electrician's Union and worked building a Solar farm 2.5 hours from home in the Armargosa Desert, the working in 8" deep dusty sand 10 hours a day was brutal but paid well, after that big job finished I was unable to get on the next two smaller solar contracts due to poor book position. My UI got fouled up and I went without it from April until the end of September, but we managed on my wife's. Near the end of September I took a job at the Amazon Fulfillment Center closest to my house(8 miles, no freeway,) and I love it. I pack boxes. It's fast paced so the ten hour days fly by, it's a job where I can work as fast as I want/can without anyone telling me to slow down, and I'm good at it, really good. Friday my manager who has never been more than business walked up behind me and I was just expecting to be asked to move to another packing station which happens often. Only this time there was something different. She stepped up and with a smile on her face(I've never seen her smile at me before) she says in what I would call a "happy" voice(again something I've never heard from her) she says. "Well Mr. Taskmaster, after you finish that package could you please log out and follow me?" Inside I said to myself "oooookay." She brought me to the end of the row where two other packers were waiting and said something that I can't remember, but it prompted me to ask "so we are doing pretty well then?" I've only been on the job 16 days you see, and she "yes you are, in fact you are the three fastest packers we have right now." :shock: So that's what new with me, but that isn't the only reason I'm posting...

Those that already know this about me will think I'm sounding like a broken record again, but I still need to explain my continued absence. I still don't have a Wing, and this kills me inside. It's a personal failing that keeps me from participating here. What makes it even worse right now is I'm sitting on a lot of money as my UI finally came through, all of it, almost 10K. But we need to buy a new to us car and my wife just retired, so my hands are STILL eff'ng tied, making the depression that keeps me away all the worse this time. It's not hopeless, but a car will have to come first then I will be able to press for a new to me Wing. I've been lurking in the background, but I'll probably make myself a liar gain by saying I'll try to participate more going forward.

That said, I'm actually in a very good place emotionally and physically. I'm happier than I've been in years and it feels really good.

Tough few months their without UI! What a mess that is. Glad to hear you found a job that is working out! Our youngest daughter (23 YO) is starting at a fulfillment center this Friday. She will be doing 4 tens in a row night shift.

With your fusion, do think you will be able to ride? What type of wing will you be looking for? (FYI, the Slug is available and could easily make out to your place with no further work needed. I would make a deal for you if interested. The bike will be garage stored until spring at this point.)

Good to hear from you again O-man!!! Been kinda civilized around here...lol Sorry aboot all the bad ju-ju, but certainly happy that you are doing well as can be expected, all things considered. Hang in there brother...it will happen for you!
OP
OP

Thanks for the love guys. My fusion was a 100% success, I would be able to ride without issue, in fact I have ridden my son in laws Wing a couple of times. It would be nice to work something out with you Gerry, maybe payments until paid in full or something. An 1100 would be fine/best, as working on the 1500 left a bad taste in my mouth. It's actually available on the Vegas CL page as I write this by the second owner since myself. Don't want her back though...

I wonder what shipping from Jersey would costs. lol, you already got me thinking about it. :smilie_happy:

Hya Joe it's good to be doing better. Glad to hear from you!

Shipping? Heck, I'd try to ride her out! (I know she could make the trip. Me on the other hand, I might not make it.) Ride out and fly back might be memorable.

BTW, I just finished painting her this winter: I thought so, I checked your gallery. :heat:

Please PM me what you need for her, what would work for you deal wise.

Good to hear from you again. A successful back surgery Feels great. No one knows until they have been thru it.

Thanks wilcoy! After 30 years of nursing I knew just what to do, I pushed myself and was working after only two months.

Thanks Ohara! It is really nice, many would find it mind numbing, I found heaven in it. :BigGrin:

Great to see you back with us O. I hope all works out best for y'all! Try not to be a stranger, we won't bite (too hard) :BigGrin:
OP
OP

Thanks Bro, It feels like my head is in a better place, I just might have gotten past the "not participating thing." :Egyptian:

It would be excellent if you could somehow come to an arrangement with Gerry as I believe you would never find a more suitable bike. If I could only own one bike it would have to be the Rats Nest as it really does tick all the boxes. With all it’s luggage it is a great tourer and shopping trolley, with it’s low gearing and 19” front wheel it is a poor man’s adventure bike and if you redline it like I usually do it even feels sporty (too bad the brakes aren’t though). I am really pleased that you have found a job that ticks the boxes for you and your back surgery has been so successful. :salute:
OP
OP

Yes Tony I have been blessed. :salute: If I can get the wife a "new to us" cager, the Rats Nest might just find a new home in the desert, but I'm not kidding myself, I have learned to delay self gratification, I'm not as impulsive as I used to be.

Remember when you posted pics of the new Aprilia Copanord and I lost my collective sh*t over it, and had to have one? :smilie_happy: 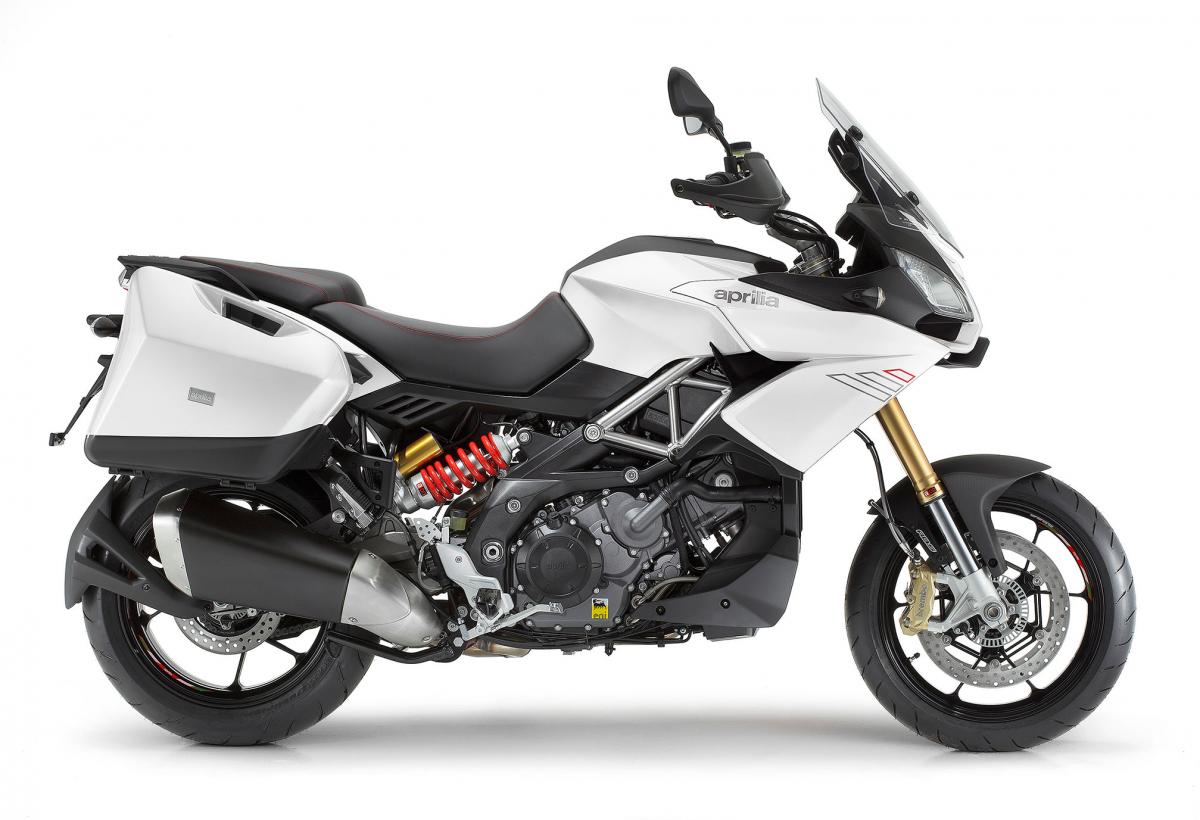 My mate is still riding his Caponord and enjoying it still. All my mates are riding adventure bikes now but I still love my Gl1100 and Even though I did enjoy a test ride on an Africa Twin but I will be sticking to the Rats Nest and the Valkyrie.