seems the 1500 ..is about the best two up bike out there in many people opinion

The 1200 is a good touring bike for solo or two-up, but not for adding a trailer - harder on the bike because it relies more on a power band then torque.

The 1500 is good all round solo and two up touring and relies on torque for pulling additional items such as a trailer. It has been mentioned that the 1500 is the Cadillac of the GW, that you sit in it, not on it, but some of the cons are that it has the same HP as the 1200 at approximately 95, no ABS braking system (got to have something to protect us from ourselves), and no FI. My preference would be FI - FI is magic when it comes to bikes and is not that complicated to get into IMHO.

The 1800 is the consummate touring machine resulting from years of experience. It has been mentioned that you sit on an 1800, not in it like a 1500. It is more sporty than a 1500, and because of the greater HP and torque, is more suited to heavier loads and such. It is also a good canyon carver with an upgraded suspension.

All three are great bikes, and have pros and cons. Getting one that works and suits you is the key.

Out with the local GW chapter on Sunday and on initial start and acceleration, the 1800s had me (as did my friends Triumph RIII with his 2.3 litre. Of course even the 1800s would be hard pressed to accelerate with the RIII) - had to be heavier on the throttle sometimes during acceleration, but once rolling not a lot of difference.

The 1500 is not a Canyon carver, but the upgraded Progressive suspension makes it a very nice performer for what I do. I ride two-up a lot as well, and the cockpit ergonomics works extremely well with no modification - I'm 6'2".

In the colder climate of Ontario visiting my sister in Barrie, Ontario. A while back I found a 1500 service manual on line for $60.00 CDN in Ontario and had my sister pick it up for me. Good buy I think and will go a long way to keeping my 1500 on the road. It's for the 1999 year but my 1995 SE should be similar: 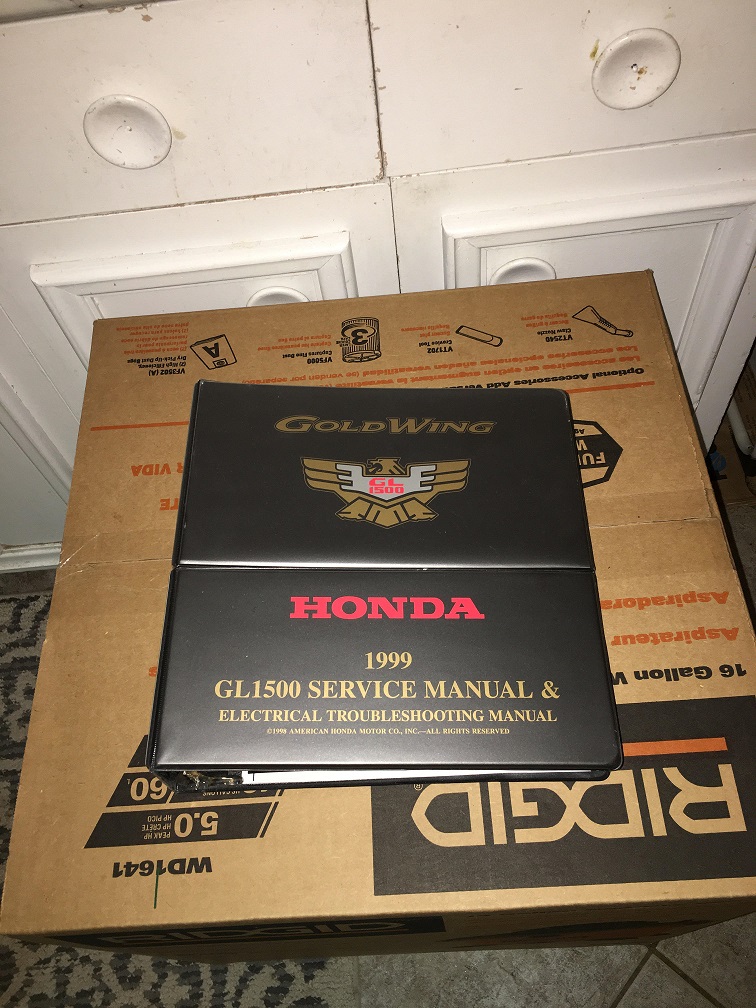 The new accessory fuse block came in. It's an FZ-1 from Fuzeblocks in northern CA (fuzeblocks.com) size is given on the diagram and it is just over an inch tall: 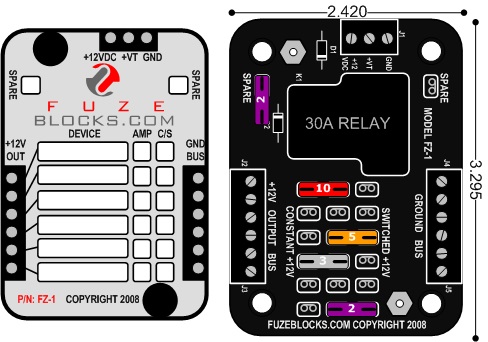 It has an integrated ground bus and 30 amp relay for switched power all in one small, convenient package.

The other item I received is the unobtaininum panel - originally from Firecreek: 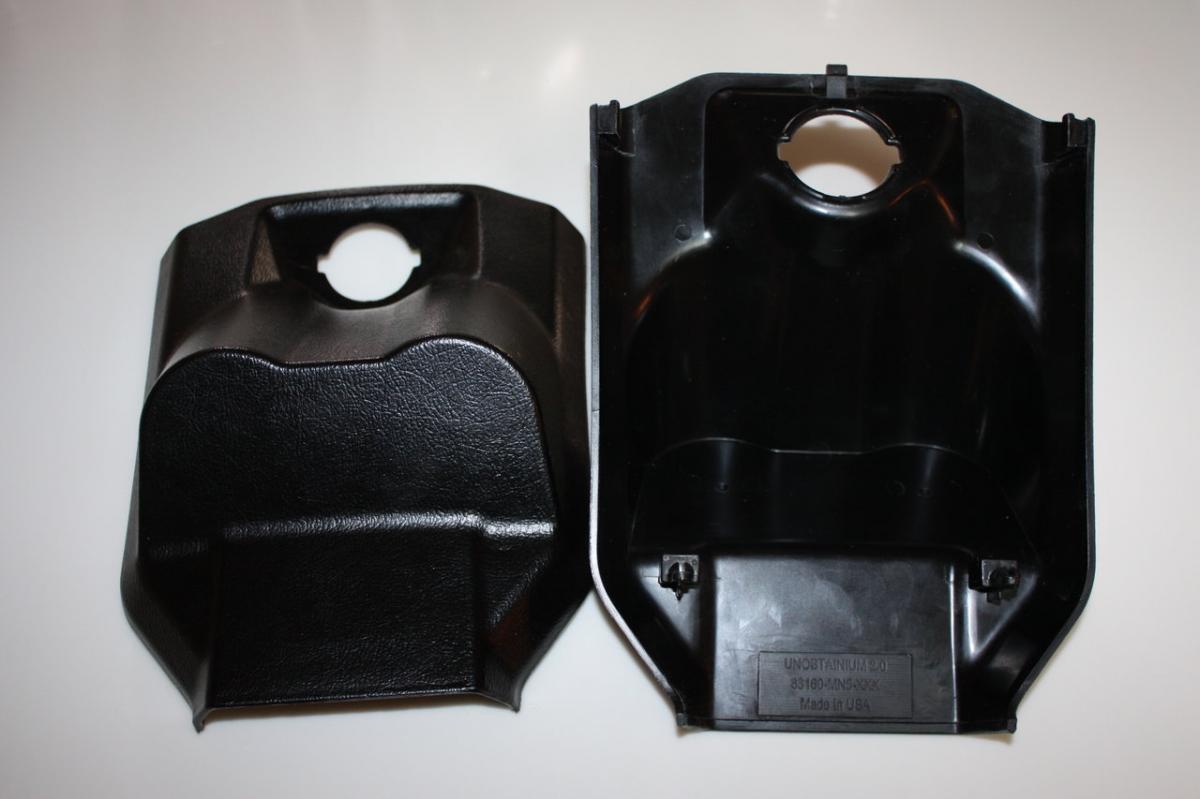 , that will be used for a voltmeter, driving light switches, and a few other items.

Is the Fuzeblock able to handle a 30A load? or is it less than?

I looked at the Fuze back when I was upgrading my fuse panel and it was a great idea, but did not have enough fuses for my upgrade. It does have great features though!

The panel is a glossy black, but the plastic on the bike is a blue colour. Went to the local plastics place and it has blue spray for plastics. Will take in a piece off the 1500 and get a colour that is as close as possible. Time to freshen up the colour anyway. Looking into various options for gauges, switches, etc. There are combo units that have a voltmeter, USB, power outlet, and a single rocker switch that would fit the panel, or do I use individual pieces. Haven't made up my mind. Either way, the panel needs to be cut. Here is an example of the combo unit: 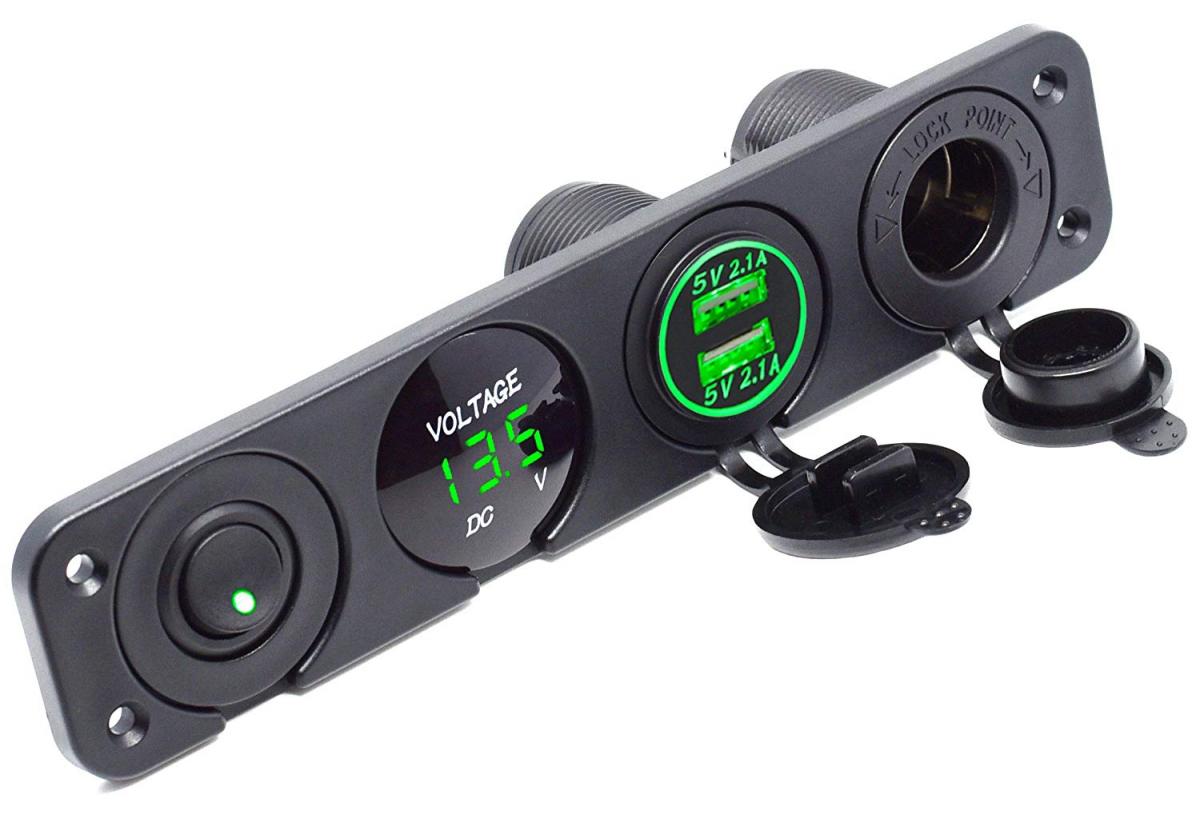 I chose the FZ-1 over the Eastern Beaver PC-8 product this time because of the integral relay. Both have an integrated ground bus, but wiring up a separate relay for switched power requires more room and wire for the additional relay. As an accessory fuse block, 6 circuits is more than sufficient. For electronics that do not require a full 15 amp circuit, you can use a single 15 amp circuit and then branch off using in-line fuses for circuits that require less amps. I have and will be using a product from Eastern Beaver that does this: 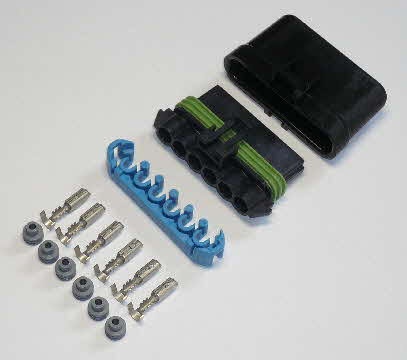 This fuse holder can handle 3 circuits and is good for individual electronic circuits such as GPS, phones, etc that have different amp ratings.

No clue how I missed this thread :shock: What a great read, I envy your skills. I went with a 90 amp alternator too, years ago when the need to replace arrived. I lil tougher to fit eh? :BigGrin:

Haven't installed the new HO alternator because I'm working on my 1200. Plan is to do this this spring along with some other minor issues. Will be replacing the damper rubbers as well.

The new ones make it easier to install, as the used ones shrink big time causing them to roll around in place grrr(I had to reuse one).

The car tire sure works well on my bike ..it’s no Austone ..but it’s the best tire I’ve ever had on my bike

Had a CT on my ex-1800. My friend(s) followed me for two years with their HDs and could not find fault with the install. The Austone is apparently the CT of choice for the 1500, but I'm sure there are others.

In between working on my '85 1200, travelling to Ontario, and three tries to get back home have been amassing some parts for the 1500. Mentioned in a previous post that I have a new fuse block to install - the FZ-1. Like this product because it has an integral ground bus and relay for switched power. You can also choose between switched and live power by fuse placement. Same with the unobtainium panel - was wondering where and how I would install some gauges and switches.

Ordered a few more items from Cyclemax. With the exchange here in Canada, less expensive than going through Honda.

Have ordered an inexpensive dash cam. Researched the gambit and have found prices from $50.00 CDN up to $500.00 CDN. Reviews are all over the map depending. Looked at the reviews on this and other forums. Know some riders that have these inexpensive units and are pleased with the performance. Not an action camera, so some compromise has to be made. The one I purchased has all the features of the high end models including a parking monitor - nice feature. Look forward to receiving and installing.

Have the Austone taxi tire as well. Perused the forums regarding this tire, and will be installing this spring after I get my 1200 back on the road. Had a CT on my ex-1800 and liked it, so no discussion on CT on this thread.

The one I purchased has all the features of the high end models including a parking monitor - nice feature.
Click to expand...

What is a parking monitor?

Parking monitor - when bike is stopped and shut off, the unit will turn on and take a short video automatically when the monitor detects shaking of the bike. First read of this over on GWDocs forum regarding the Innovv K2. WingAdmin did a review of this Innovv K2 unit and a parking monitor is one of the features. His comment on this is that he was surprised at how many times his bike was looked at/touched when parked away from home.

Don't know how this will work, but will give it a try.

These are the only parking monitors (meters) I am familiar with: Haven't seen these parking meters in a while.

Starting back at the bike work after escaping frozen Ontario. Only took three tries to get out.

Making some brackets to mount cell phone, water holder, and new satellite tracker. Will be painting these black when it warms up. 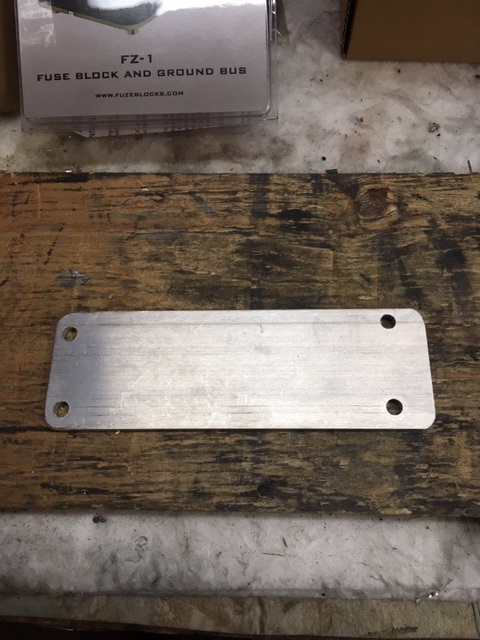 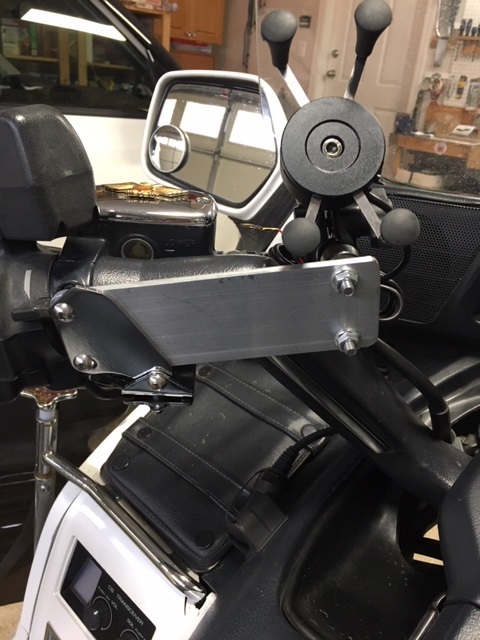 Brackets are aluminum, 3/16 by 2 inch stock. Going to have one on each side. Better than making holes and such in the plastic(s).

Moved the bike out so that I could work on the 1200. Couple of very small fluid puddles under where the bike was. Will monitor but took a while for these to develop.

Have the unobtanium panel that will be going on soon as well. Have ordered a voltmeter/USB combo unit. Know some of the item(s) that will be in the panel, but don't expect to have the details finalized for a few weeks.